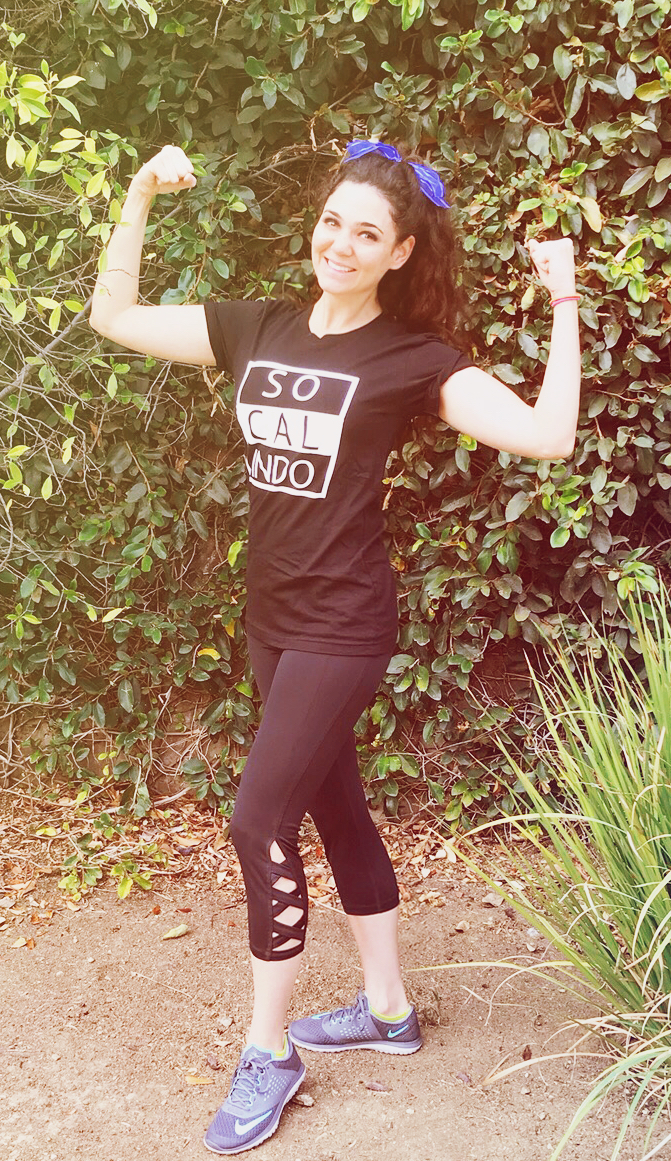 When SoCal Indo asked me to be an “Indo of the Month”, and tell my story, it felt like such an honor – and then immediately I wondered “Where do I even begin?!”

My path to Indo enlightenment was ridiculously disjointed at the beginning. I started off at the age of 22 having no idea that I was Indo. I knew my Oma and Opa immigrated to the US in the early 1960s, they spoke Dutch, and Opa looked Indonesian. In early December each year, we went to see Sinterklaas at the Dutch Bakery (now the Holland International Market) in Bellflower, CA. At home, we enjoyed Indonesian food and variations of dishes that I did not realize were Dutch-Indo. My family was small and my grandparents passed away early in my life. So the extent of my knowledge regarding my heritage was very limited until I found The Indo Project (TIP).

TIP was in its infancy, when I came knocking on their virtual door here on social media. I began asking questions for a research project related to my second Master’s degree program which focused on human geography and migration. It all unfolded from there. Fast forward eight years later, and I’m the Director of Research for TIP and working on my third Master’s degree program (now studying psychology and trauma) which will lead into Doctoral research. As a social scientist, I don’t see my quest for knowledge ever stopping – and the Indo people, my people, is where my heart is fixated.

In August of 2016, I was an invited scholar and speaker at a week-long conference at Leiden University, Netherlands, to present my TIP research findings on the neuropsychological health of the Indo people post-Diaspora. The data that I gathered over a period of five years provided the rubric for a new project that involves the use of Neurofeedback therapy. Neurofeedback is a branch of biofeedback that trains the brain to function more optimally. My past findings have substantiated that the Indo people continue to experience symptoms of PTSD connected to World War II experiences and civil upheaval that resulted in ethnic cleansing. The traumas clearly continue to linger in the subsequent generation. These findings have demonstrated the connection between individual emotional and physical traumas, and lasting negative impacts that have systemically altered the Indo population at large. This research has become my raison d’être (reason to be) combining my love of cultural geography, neuroscience and psychology.

Being active with The Indo Project allowed me to create the first ever Worldwide Indo Survey. This data collection has resulted in the first database to analyze the Indo population post-Diaspora. The original maps that I’ve produced for TIP have been used by the Dutch Consulate in San Francisco, CA. These maps illustrate our major population hubs as well as minor outposts that are scattered across the US. Southern California is home to the largest Indo population outside of the Netherlands. I feel that the existence of SoCal Indo is already such a precious and important social construct for us Indos because it is helping to perpetuate our cultural ties and unity. This unity was waning as our first generation of Indos were passing. So many younger Indos such as myself were disjointed from our heritage, not even knowing what to call ourselves. Further fractured by the inability to speak Dutch, many young Indos are unable to access information because of the language barrier. I beseech Indos who speak Dutch and English to translate relevant articles, books, and movies for their younger family members. If they’d like to voluntarily submit these translations to TIP so that other Indos may benefit, we would deeply appreciate it. Feel free to reach out to me if interested! Michael Passage, founder of SoCal Indo and Ben Von Stockhausen recently completed an incredible task in translating a Dutch Docu-Drama into English for the benefit of a multigenerational Indo audience. Such good things are happening!
With TIP’s mission to educate and preserve our culture and SoCal Indo’s vigor, brand, and exciting gatherings – the Indo culture stands a chance to survive at least another generation. In a time where our young people want to know where their families came from, TIP and SoCal Indo are positioned to keep the Indo experience relevant and the passion of the Indo spirit alive.
Contact Jamie and The Indo Project: jamies@theindoproject.org