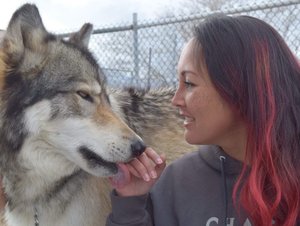 My name is Jennifer Ripassa. I was the first generation born in the United States to Dutch-Indonesian parents, both born in Surabaya, Indonesia, who came to this country with their parents, looking for a brighter future and a good education. (Thank you, Omas and Opas for making that crazy trip). I can’t believe all the racism, violence, and war our family had to go through. I know my Oma lost many family members in World War II, she witnessed so much torture, suffering and poverty. And when she had her own family, she did what she could to get them to a more promising future. I remember Oma Monod telling me how a letter from President John F. Kennedy gave them permission to live in the United States. Oma, of course, sent the first letter. She was such a brave lady. Oma Monod was born in Amsterdam. When she was 5, her whole family moved to Kediri, where her father became a newspaper man. Eventually they moved to Surabaya where she remained until my mom was born, after which they moved to Jakarta.

My Opa Monod was born in Sarolangun, Jambi Province on the island of Sumatra. His father was a Dutch colonial government official known as Assistant Resident of Jambi. His mother was Javanese. He lived with his mom in the kampong (village) until age 5, when his father married his stepmother. He was then sent to the Netherlands for school. Then Opa came back to Indonesia as a Dutch Marine fighting for continued colonial rule/against nationalism. He had cousins fighting for nationalism & became national heroes in Indonesia.

My parents met here in the United States through the Indo club called De Soos. And because both of my parents’ families were part of this club, I guess you could say that both sides of the family were involved in their meeting. My mom wanted to learn how to jive, and because she had seen how great a dancer my dad was, she asked him to teach her… and that’s how they met. I feel so blessed to have been able to watch them sing and dance in De Soos shows growing up.

Then there was the bowling league for De Soos and Rosi, which I feel so honored to have been a part of. Those Indos are such fun people, no matter how old. They never seem to lose their spark as they get older. It’s so great to see the Indo people keep in touch after all these years and keep bringing the younger generations of Indos together. That’s one thing I noticed. We love to dance and party and just be together! I hear of other families that dread family get-togethers. We just can’t wait to be together!

Going to school when I was younger, I remember my mom would pack me my Hagelslag sandwich for lunch. My friends would ask me every day, “Are you eating chocolate covered ants again? Ew!” They never asked to try, but I don’t think I’d ever want to share anyway. Chocolate sprinkles are still my favorite!!

Dad would always cook his famous Nasi Goreng in the wok. He taught me how to make Olie bollen and we attempted Tjendol, but it just never comes out the same as the ones we get from the Holland Festival/Pasar Malam or the Indo restaurants. But I am good at making Nasi Kuning with Beef Rendang! Yummy!!!   Now I’m craving some Pisang Goreng!

If you looked at my extended family, you’d see how mixed up we are. Some look Caucasian with their light skin, blonde hair and blue eyes. Then there are the ones like me, tan skin with dark brown hair and brown eyes. I love my family! What is there not to like about us crazy Dutch-Indonesians? We eat the absolute best foods, we have a crazy history, we have the best attitudes and sense of humor, we are amazing people… to name a few.

A little about what I do. I am an artist. I always have been. I get that from my dad, who has several great paintings of his own. The beauty that I now see in everything is inspired by my mother and especially my brother, Max, who was once a great artist… he was passionate in all he did and found beauty in everything. His memory and passion is with me every time I create. And my brother, Ahren… he’s also an artist. He’s a music producer, DJ and a great writer. We share a music/art studio and his music puts me in the artistic zone to create.

I am a versatile artist, skilled in a wide variety of mediums including charcoal, pastels, pencils, oils, acrylics and I’ve even airbrushed a few portraits. I’m regularly commissioned to create private custom paintings/portraits, usually of pets and loved ones. In 2007, I discovered the thrill and challenge of creating on the pavement, before a live audience, in a crazy timeframe, on surfaces that could make your fingers bloody, and during all kinds of weather: cold, hot, wet, windy… Street Painting had become my new love. I now travel across the country (hopefully around the world soon) sharing this new love. I love how street painting brings the pavement to life. It can be therapeutic and tranquil, and it brings people together.

Recently, I celebrated the Indonesian side of my family heritage, by featuring my beautiful mother in traditional Balinese dress, in a chalk street painting in Houston in November. The theme was “A Colorful World”. It was definitely awesome to share a little about Indos to so many people who knew very little to nothing about us. I am still learning about us! If you want to see more of my art: www.jennifer-ripassa.com.

My name is Jennifer Ripassa and I am a proud, artistic, SoCal Indo and will never deny where I came from and the craziness that’s happened to get us to where we are today. Our families before us endured so much suffering so that we could have a better life. Thank you, to my Omas, Opas and parents. I love you!